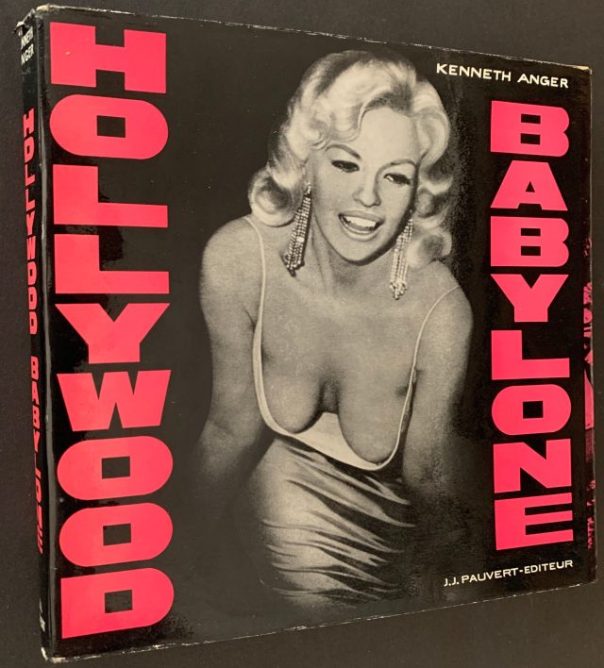 “Hollywood Babylon is a book by avant-gardefilmmakerKenneth Anger which details the purported scandals of famous Hollywood denizens from the 1900s to the 1950s. The book was banned shortly after it was first published in the U.S. in 1965, and remained unavailable until reprinted ten years later. Upon its second release in 1975, The New York Times said of it, ‘If a book such as this can be said to have charm, it lies in the fact that here is a book without one single redeeming merit.’ The Daily Beast described Anger’s book as ‘essentially a work of fiction. There is no doubt that many—if not all—of the stories Anger shares in his slim bible have no merit.’ Film historian Kevin Brownlow repeatedly criticized the book, citing Anger as saying his research method was ‘mental telepathy, mostly’. … The book details alleged scandals of Hollywood stars from the