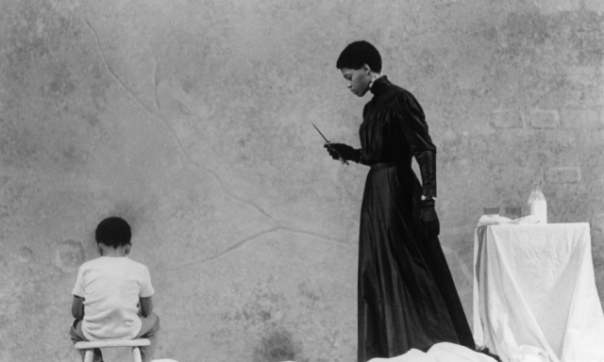 “When Robert Wilson’s work  first appeared internationally it was generally seen from a single and limited viewpoint—as a return to the image. Wilson was understood as a proponent of two-dimensional theater, of theater to be looked at only. This was because he came into the public eye at the beginning of the ’70s, when the figurative gesture ruled supreme on the stage, and the body, in its expressive entirety, was at the center of a tendency to involve the spectator. But Wilson’s push was to stretch the visual; it was a recuperation of the grand deliriums of the Surrealist painters, basing dramatic narrative on a simple sequence of backdrops and the unfolding of a tableau vivant, immobile yet in continuous and unstoppable evolution. … Time is a determining factor in musical discourse, too, and musical organization has determined structure in Wilson’s work as early on as Deafman Glance