This is a very satisfying post at the blog “Crooks & Liars.”

The vandals and terrorists who invaded the U.S. Capitol took selfies and posed as they desecrated one of the nation’s greatest civic spaces. They were engaged in criminal trespass and, yes, the far more serious crime of sedition. They went to the Capital to disrupt a process ordained by the Constitution. They struck at our democracy. Many of their faces have been identified. They are being fired and arrested. They humiliated our democracy, endangered the lives of members of Congress and their staff. They broke the law. Anyone who participated in this violent assault on our Capitol should face serious jail time.

Unfortunately, they are being faced with minor charges: trespassing, disorderly conduct, and the like. Not one of them so far has been charged with sedition or anything consequential.

“Only a virtuous people are capable of freedom.
As nations become corrupt and vicious, they
have more need of masters.”
– Benjamin Franklin

“In questions of power, then, let no more be said
of confidence in man, but bind him down from
mischief by the chains of the Constitution.”
– Thomas Jefferson

“If a nation expects to be ignorant and free,
in a state of civilization, it expects what never
was and never will be.”
– Thomas Jefferson

“Character is much easier kept than recovered.”
– Thomas Paine in The American Crisis

Hold on to the Constitution, for if the American
Constitution should fail, there will be anarchy
throughout the world.”
– Daniel Webster, 1851

As I looked at the mob, armed with guns and axe handles, smashing the glass on the doors inside the Capitol, trying to reach the duly elected members of Congress, disrupting the business of…

Trump’s violent cultists invaded the United States Capitol today. The president watched on television. He did nothing as his base broke windows, stormed into the Rotunda and entered members’ offices while our elected officials cowered in hiding.

This was an attempted coup, a deliberate effort to disrupt the functioning of government.

Hours went by without decisive action. I am not alone in observing that if the terrorists were black, the police/military response would have been fast and furious.

This is the culmination of Trumpism. Today is a shameful day in American history.

Academic blogs are not all the same. They can be categorised in various ways. I’ve been thinking about categorising blogs as “action” – focusing on what they seem to want to do with and for their readers. So using “action’ as a lens, I immediately think of academic blogs that aim primarily to: 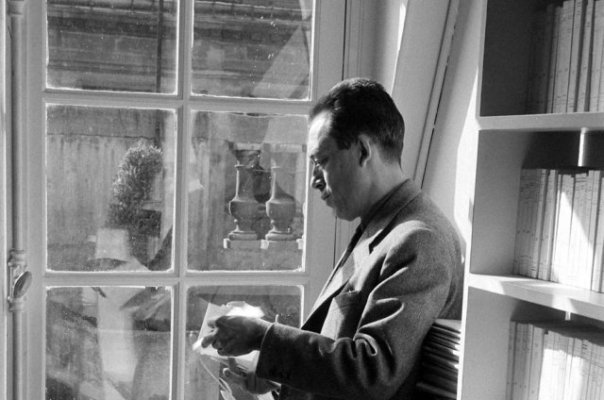 “When next you meet an existentialist, ask him what kind of existentialist s/he is. There are at least as many varieties of existentialism as there have been high-profile thinkers propounding it. Several major strains ran through postwar France alone, most famously those championed by Jean-Paul Sartre, Simone de Beauvoir, and Albert Camus — who explicitly rejected existentialism, in part due to a philosophical split with Sartre, but who nevertheless gets categorized among the existentialists today. We could, perhaps, more accurately describe Camus as an absurdist, a thinker who starts with the inherent meaningless and futility of life and proceeds, not necessarily in an obvious direction, from there. The animated TED-Ed lesson above sheds light on the historical events and personal experiences that brought Camus to this worldview. Beginning in the troubled colonial Algeria of the early 20th-century in which he was born and raised, educator Nina Medvinskaya goes…

Trump called Georgia Secretary of State Brad Raffensperger on Saturday and spent an hour on the phone with him, pleading, cajoling, threatening, and demanding that he “find 11,780 votes” to flip the state to Trump’s column. Georgia’s state leaders are Republicans. The November vote in Georgia was counted three times.

In an exclusive report, the Washington Post quoted from a recording of the telephone call:

The Washington Post obtained a recording of the conversation in which Trump alternately berated Raffensperger, tried to flatter him, begged him to act and threatened him with vague criminal consequences if the Secretary of State refused to pursue his false claims, at one point warning that Raffensperger was taking “a big…

The Daily Beast reports that Trump will not stop fighting even after Congress declares Biden the 47th president on January 6. He will likely keep fighting after the Inauguration.

Trump is promoting demonstrations and protests in D.C. on January 6, hoping for disorders by his gun-toting, maskless cult. He dreams of a putsch.

Eleven Senators, led by Texas’ Ted Cruz, announced that they would not vote to certify the Electoral College vote unless there was an audit of the votes. This, despite the complete absence of any evidence of voter fraud in any state. Georgia counted its vote three times and it came out the same. Other states also recounted their votes. This statement is pure pandering to salve Trump’s fragile ego and to persuade him not to run a Trumpet against them. Senator John Thune of South Dakota has been heroic; Trump tweeted to try to encourage the governor…

Ted Kooser(1939 – ) was born in Ames, Iowa. He was a two-term Poet Laureate Consultant in Poetry chosen by the Librarian of Congress. Heused his timeas laureate to further the cause of poetry with American readers. Partnering with the Poetry Foundation, he began the “American Life in Poetry” program, which offers a free weekly poem to newspapers across the United States, aiming to raise the visibility of poetry. He’s won four Pushcart Prizes, the 2005 Pulitzer Prize in Poetry, and a slew of other honors and awards.

“As wave is driven by wave
And each, pursued, pursues the wave ahead,
So time flies on and follows, flies, and follows,
Always, forever and new. What was before
Is left behind; what never was is now;
And every passing moment is renewed.”

Elder Olson(1909-1992), American poet, teacher and literary critic. He was born inChicago, Illinois. He became a founder and leading figure of the “Chicago school” of literary criticism.In 1942, he started teaching at the University of Chicago as an assistant professor in the Department of English. In 1955 he was presented with thePoetry Society of AmericaChap-book Award. He gained full professorship in 1955 and was named Distinguished Service Professor Emeritus of English in 1973. His poetry collections include Thing of Sorrow, Collected Poems, and Last Poems. 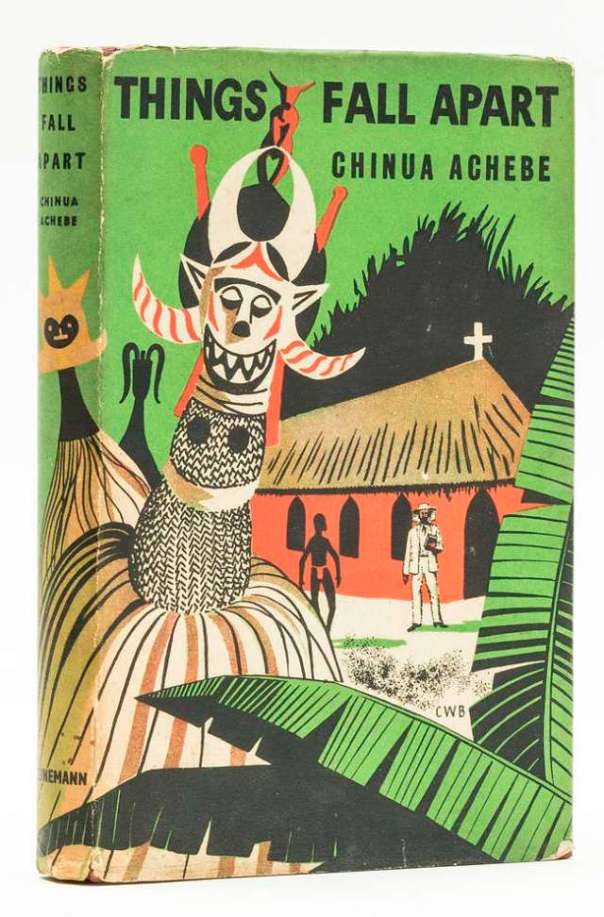 “Things Fall Apart is the debut novel by Nigerian author Chinua Achebe, first published in 1958. Its story chronicles pre-colonial life in the southeastern part of Nigeria and the arrival of Europeans during the late 19th century. It is seen as the archetypal modern African novel in English, and one of the first to receive global critical acclaim. It is a staple book in schools throughout Africa and is widely read and studied in English-speaking countries around the world. The novel was first published in the UK in 1962 by William Heinemann Ltd., and became the first work published in Heinemann’s African Writers Series. The novel follows the life of Okonkwo, an Igbo (‘Ibo’ in the novel) man and local wrestling champion in the fictional Nigerian clan of Umuofia. The work is split into three parts, with the first describing his family, personal history, and…